The company said Wednesday it will test a six-wheeled, autonomous robot called the SameDay Bot in Memphis, Tenn. this summer and plans to expand to more cities.
It’s partnering with major brands, including Walmart, Target, Pizza Hut and AutoZone, to understand how delivery robots could help other businesses.
FedEx’s interest highlights how businesses are increasingly focused on automating deliveries. It also raises concerns about the impact on cities and employment, as robots crowd sidewalks and delivery jobs are automated.
Robot deliveries on sidewalks have been contentious in dense cities such as San Francisco. Pedestrian advocates are concerned about motorized vehicles, such as robots or e-scooters, crowding sidewalks and potentially creating safety issues.
FedEx’s robot has a top speed of 10 mph and can carry about 100 pounds. A company spokesman said its typical speed would vary depending on the route. The robot relies on sensors typically used on self-driving cars to identify and avoid pedestrians. 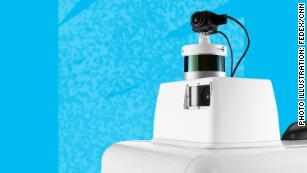 The SameDay Bot is capable of climbing steps, but customers will need to be home to accept packages — it won’t leave a package on a doorstep or open a front gate.
The robot is being developed by DEKA, the Manchester, New Hampshire engineering company owned by Segway inventor Dean Kamen. It’s based on and resembles the iBot, a motorized, self-balancing wheelchair that Kamen built in the 1990s.
The SameDay Bot will compete with robots from companies big and small. Amazon announced last month that it’s testing a delivery robot in Snohomish County, Washington. Postmates, a Silicon Valley delivery startup, unveiled a delivery robot in December. Last month the startup Starship Technologies began deliveries on George Mason University’s campus in Fairfax, Virginia.
Regulators in states such as Washington are working on legislation to govern the devices. A handful of states, including Arizona, Virginia, Wisconsin and Idaho, have already passed related laws.
FedEx’s robot uses sensors like those on a self-driving car to navigate sidewalks.
Automating deliveries also raises questions about the impact on jobs. Some experts have warned many driving jobs are at risk as artificial intelligence advances.
A FedEx spokesman said it believes autonomous vehicles will create new higher-paying jobs, such as remote operators, software developers and machine experts. FedEx will use the robot for deliveries like pizzas and prescriptions, which are not normally made with FedEx’s traditional delivery vehicles.